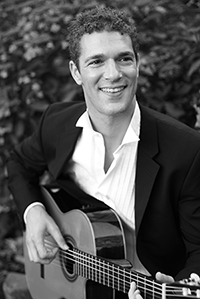 Peter Black is a classically trained guitarist who performs many styles and has appeared at over 500 live events in the last 10 years. Peter has recently been featured on Guitar Star, Sky TV, which is a UK wide search for an extraordinary guitarist.

Peter began playing the guitar aged six and is now extensively qualified as a classical guitarist. He received distinctions and honours for his grades, first class performance ratings during his degree in Music, followed by a professional diploma in Classical Guitar performance from the Royal Schools of Music.

Peter is equally at home in other styles of music and has a long history of performing in Rock bands and ensembles of various descriptions. He also works regularly as an improviser, composer, arranger and songwriter, and was a finalist in the 2008 UK songwriting competition. 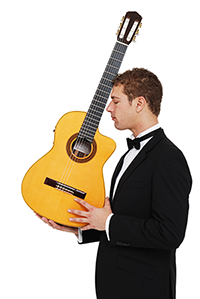 Peter has studied Flamenco in Andalucía and Latin guitar with working musicians from Rio De Janeiro. He is described as a virtuoso guitarist because he combines the technical qualities and emotion of classical performance to the feeling, groove and accessibility of popular styles.

Peter is a trusted and reliable performer with a growing list of private, celebrity and corporate clients. He has completed more than 250 performances for one agency alone. His corporate clients include 20th Century Fox, Google, Bvlgari Jewels, Audi, General Motors, Sainsbury, United Coffee, 3-mobile, Fiat and many more. He has performed for celebrities such as Emma Thompson, Dustin Hoffman, Catherine Zeta-Jones and Michael Douglas, as well as appearing all over the UK in venues such as the Ritz, Claridges, St. Paul’s Cathedral, Ronnie Scott’s, Fulham Palace, and Kensington Palace. He has also works internationally with performances in France, Monaco, Spain, Germany, Sweden, Morocco, Dubai and Qatar. 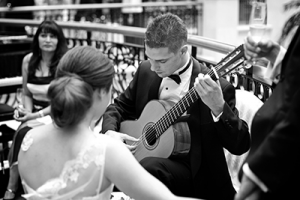 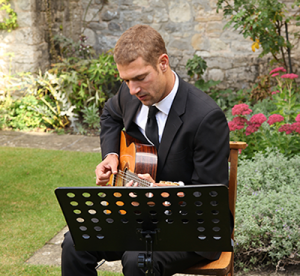 For bookings or any enquiries relating to Peter’s work at private parties, public recitals, corporate hospitality and product launches, weddings, TV, Radio, or as a teacher, e-mail peteblackguitar@gmail.com or call 07989332797 (UK). 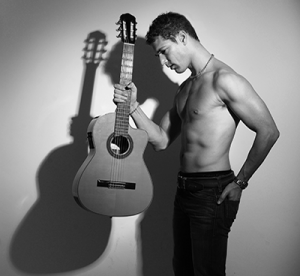 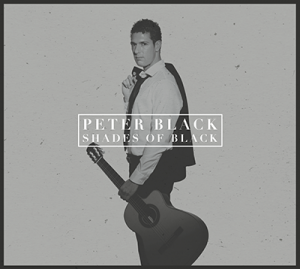 Peter’s first album features styles ranging from Flamenco and Spanish Romantic to Calypso, Latin, Blues, Popular Music and his own unique compositions. He named the album ‘Shades of Black’ as the broad range of music represents the shades of his musical personality. The guitar is a medium through which many styles of music can be conveyed. Peter’s desire is that the emotion of the music is always effectively communicated through his performances. Listen to a sample of the album below, or buy it from Amazon. 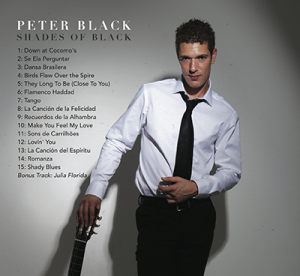